TireHub is a national tire distributor that delivers the full passenger and light truck tire portfolios of Bridgestone and Goodyear to tire and automotive retailers.

As two of the top tire manufacturers in the world, Bridgestone and Goodyear have shaped the tire industry into what it is today. Standing on our founders’ legacies, TireHub is committed to setting a new standard of excellence for tire distribution in the U.S., and we’ll do it by focusing on the needs of our dealers and their customers.

At TireHub, we are only successful when our dealers win and their business grows. That’s why we work toward the same goal: serving customers the right tire at the right time.

When you’re backed by TireHub, you’re working with a single sales and distribution team – over 1,000 strong, loaded with knowledge and supported by easy online ordering and daily deliveries.

Our mission is to distribute the highest quality products possible to our customers so they can put their customers on tires they’ll love.

The difference in driving on any tire and the right tire is a mile wide – in safety, efficiency and performance. We want every driver to enjoy their experience behind the wheel, to feel safe and have fun.

We know that a tire specially designed for your customer will make all the difference in the world.

To ensure drivers have access to tires they’ll love, we focus obsessively on our dealers and retailers. With more availability of best-in-class products and reliable deliveries, TireHub is committed to helping our dealers say yes to every customer. 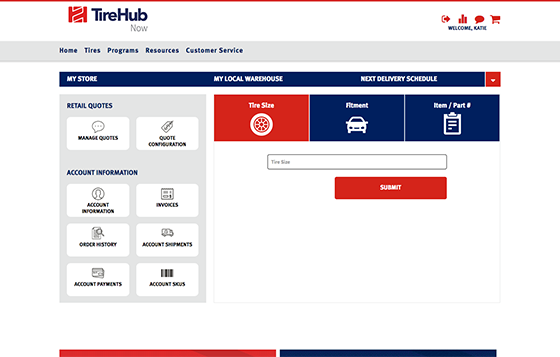 Simple, fast and convenient ordering on a computer, tablet or mobile phone. You can call us, too. 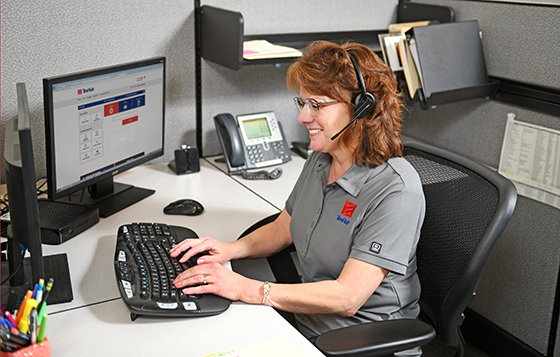 One fast, unified team with years of industry knowledge and expertise on the full range of Bridgestone and Goodyear products. 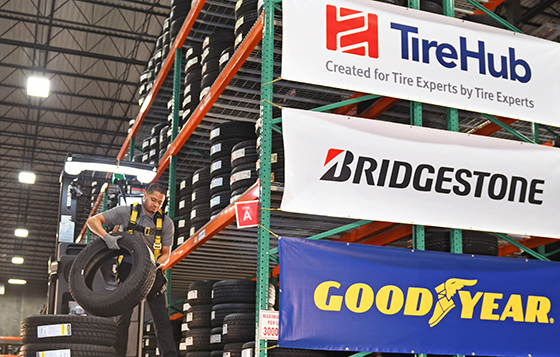 The widest selection of best-in-class products from Bridgestone and Goodyear and on-demand access to niche premium products, including original equipment tire fitments, helping dealers provide their customers the freedom to choose the tires they want. 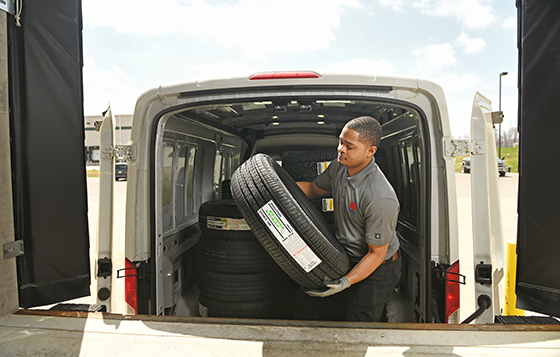 Ted Becker assumed his role as Chief Executive Officer at TireHub in 2022.

Becker brings more than two decades of experience specializing in business transformation and commercial growth. He was previously Vice President of Sales and Marketing at TireHub. Prior to that, he served as president of Exide Technologies, Americas responsible for the automotive and industrial business units.

Previously, Becker worked for Michelin for 21 years. At Michelin, he held various sales and marketing positions in both the passenger and truck business units including key roles of director of sales and vice president of marketing.

Outside of work at TireHub, Becker enjoys college sports and spending time on the water. Becker received both his Bachelor of Arts degree in Political Science and his Master of Business Administration from Clemson University. He and his family reside in Alpharetta, Georgia.

Scott King assumed his role as Chief Financial Officer of TireHub in 2018.

King joins TireHub with more than 30 years of experience in key leadership roles at global companies. He most recently served as Senior Vice President of Strategy and Business Development for The Goodyear Tire & Rubber Company (Goodyear).

King also formerly served as Vice President of Finance for Goodyear’s Engineered Products Division and led the transition of the business as it was sold to The Carlyle Group. He served as Chief Financial Officer for the spin-off company, Veyance Technologies. King also previously held positions with FTI Consulting, a financial advisory firm and PricewaterhouseCoopers.

Outside of his work at TireHub, King is a fan of all sports, especially golf and skiing. He holds a bachelor’s degree from Westminster College in New Wilmington, Pennsylvania and a juris doctor degree from Duquesne University School of Law in Pittsburgh. King lives with his wife Anna and he is the proud father of daughter Carly who is a graduate of Penn State University and works in the farming/dairy industry, and son Andrew who is an Architecture major at The Ohio State University.

Janet Serafin assumed her role as General Counsel for TireHub in 2019. Serafin joins TireHub with 12 years of experience in the legal profession. She most recently served as Lead Business Counsel for the Electrical Systems & Services Group of Eaton Corporation. Prior to Eaton, Serafin was a litigator at the international law firm, K&L Gates, in the Pittsburgh, Pennsylvania office.

Outside of the office, Janet enjoys scuba diving, ballet barre fitness classes, bowling and travel. She lives in Atlanta, Georgia, with her husband.

Serafin holds a Bachelor of Arts in political science and philosophy from Bucknell University in Lewisburg, Pennsylvania, and a Juris Doctor from The George Washington University in Washington, DC.

Chris Smith assumed his role as Vice President of Human Resources of TireHub in 2018.

Smith joins TireHub with more than 20 years of experience in key leadership roles and human resources. He most recently served as Director of Human Resources – Company Owned Outlets (COO) for The Goodyear Tire & Rubber Company (Goodyear).

Ashok Vantipalli assumed his role as Vice President of Information Technology in 2018.

Vantipalli joins Tirehub from Sage Software, where he served as the Global Vice President of Application Delivery. In this role, he was accountable for Digital Transformation of the business from an on-prem to a SaaS company. He was also responsible for transforming 10 regional technology teams into one global function and shared services.

Prior to joining Sage in 2016, Vantipalli was the Turnaround Architect of American Cancer Society’s business to a “Digital/Mobile First” organization that delivered innovative mobile fundraising and new digital platforms, resulting in net new revenue streams for the organization.

Previously, Vantipalli spent more than 15 years in technology and management consulting, serving financial services, media and healthcare clients. At Alvarez and Marsal (A&M) Consulting, he served in interim CIO/CTO roles to support mergers and acquisitions and technology transformation initiatives for his clients. During his tenure at A&M, he also served as the Head of Technology Operations (U.S., Europe and Asia) for the largest bankruptcy and turnaround in U.S. history – Lehman Brothers.

Prior to A&M, Ashok was with McKinsey & Company, where he was the key driver of a multiyear technology transformation initiative. He began his technology career in Merck’s Clinical Trials and Research Labs Division. He later spent more than five years at KPMG Consulting, where he served as engagement manager and technology architect for large-scale system integration projects.

Having relocated to Atlanta in 2012, Ashok resides in Milton with his wife and three kids. He is an active member of Atlanta technology community and also a board member at TechBridge – a non-profit that supports smaller non-profits with technology needs to increase their mission outreach.

Nikki Roberson assumed her role as Vice President, Communications, Culture and Customer Experience for TireHub in 2022. She has been with TireHub since 2018.

Roberson holds a Bachelor of Arts in Journalism and Mass Communications from the University of North Carolina at Chapel Hill and an MBA from Georgia State University. Outside of work, she loves to travel, is an avid reader and enjoys cooking.

Grant Dismore assumed his role as Vice President of Operations in 2022.

Dismore joins TireHub with over 25 years of experience in global operations, supply chain and corporate strategy. Prior to TireHub, he served as Executive Vice President and Chief Strategy Office for Interstate Batteries.

Dismore earned a Master of Business Administration in corporate finance and business management from The Open University Business School in London. He also attained a national Diploma in business economics from the Witwatersrand University, South Africa. He enjoys spending time with his family, playing golf, supporting community organizations and is a member of the Advisory Board, Athletes in Action.

Curtis Brison assumed his role as Vice President of Sales, Marketing, and Strategic Growth in 2022.

Prior to TireHub, Brison served as the president of Hankook Tire America Corp., overseeing the U.S. and Canada regions. He led four departments and directs teams, including the Tennessee Plant located in Clarksville and the U.S. Passenger Car and Light Truck (PCLT) business.

With 15 years of experience in the tire and automotive sectors, Brison has been instrumental in driving new product introductions and segment expansions in the U.S., including the all-weather Kinergy 4S2, rugged terrain Dynapro XT and Dynapro AT2 Xtreme, and high-performance Ventus S1 AS.

Prior to joining Hankook Tire America, Brison served in a variety of key sales roles of increasing responsibility at Michelin North America for over a decade, working in both domestic and foreign markets. Curtis also served as vice president of sales and marketing for the transportation Americas group with Exide Technologies.

Brison is a graduate of Clemson University with a degree in political science.